World Krill Day: The importance of this tiny species that sustains biodiversity in the Antarctic Peninsula 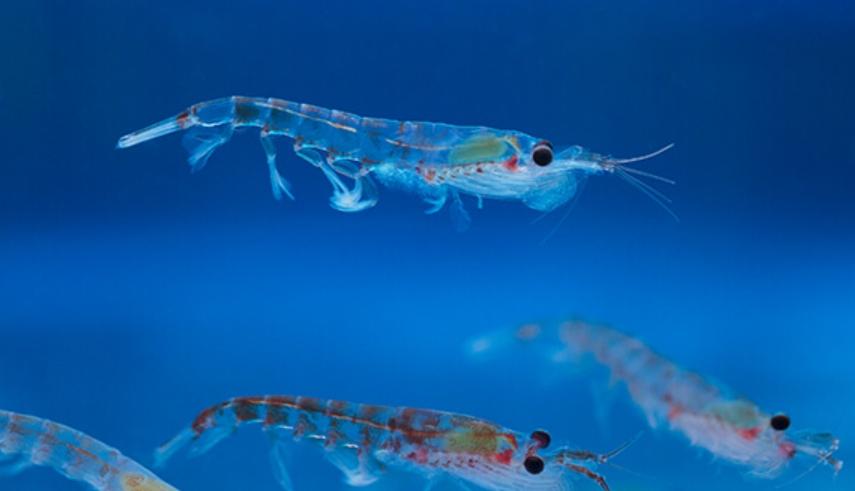 The doctor in marine ecology and INACH researcher, Lucas Krüger, emphasizes the value of this crustacean, which with only two grams and six centimeters is the basis for the entire ecosystem of the White Continent. Besides, he comments on its main threats and how it manages to combat the impact of the climate crisis.

All the fauna that inhabits the coasts and the air of the Antarctic Peninsula, one of the most inhospitable and beautiful territories on the planet, has a vital bond with a tiny species that in its adult stage does not exceed six centimeters: the Antarctic krill, today at the center of international efforts to defend and conserve the area through marine protected areas.

When celebrating this Thursday, August 11, the first World Krill Day, the expert Lucas Krüger spoke with EFE about this crustacean, whose biomass is estimated to be greater than that of the entire humanity and which constitutes the basis of the food web throughout the peninsula, an extension of the South American continent whose access is protected by the tempestuous waters of the Drake Passage. There are multiple threats to krill, although it is not the first time that this territory has faced adverse scenarios due to human action: the area was devastated at the beginning of the 20th century by the whaling industry, leaving painful images with dozens of corpses cetaceans accumulated along with the tasks in a company that, it is estimated, killed 99% of the population of blue whales at the time.

Krüger, a doctor in biology specialized in marine ecology and a researcher at the Chilean National Antarctic Institute (INACH), reviews the key role of this organism, its characteristics and the imperative need to protect it from the impact of industrial fishing and climate change.