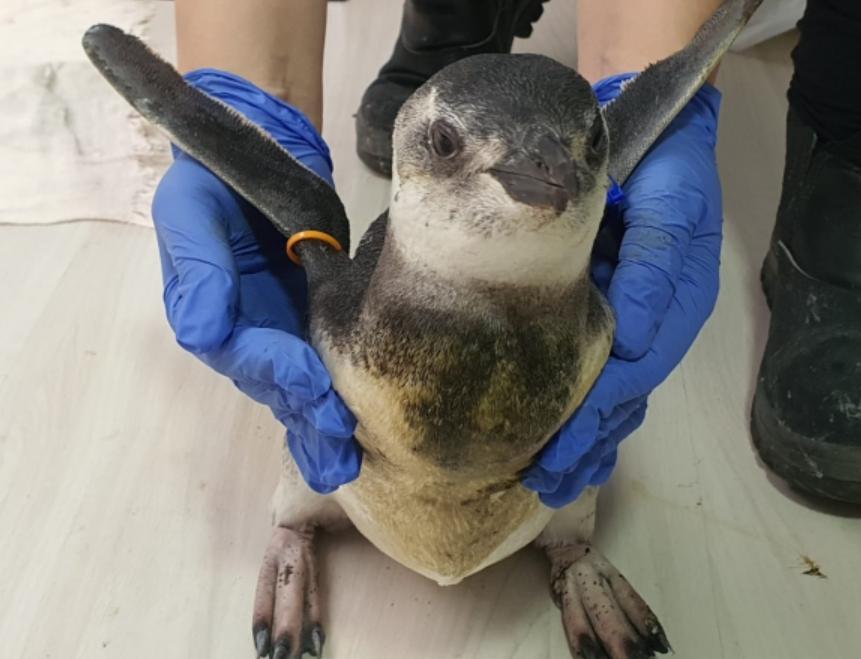 The coast of Paraná broke the record of the year for strandings of marine animals in August. According to the Laboratory of Ecology and Conservation (LEC), of the Federal University of Paraná (UFPR), a total of 457 animals were found, including birds (81%), reptiles (13%) and marine mammals (6%).

The Magellanic penguin (Spheniscus magellanicus) was the most recorded species, totaling 327 animals. At this time of year it is common to find a greater number of strandings. In the case of penguins, it is during the winter that they migrate from the Argentine and Chilean Patagonia to the Brazilian coast in search of food. Due to the long journey, many, mostly juveniles, end up being weakened and stranded on the beaches.

In addition to the expressive number of penguins, we had many turtles found and also Guiana dolphins (Sotalia guianensis).

Some species less common in region were also recorded in August, such as the stranding of the first humpback whale (Megaptera novaeangliae) this year; some hawksbill turtles (Eretmochelys imbricata) and olive turtles (Lepidochelys olivacea). Among the mammals, the most important were the subantarctic fur seals (Arctocephalus tropicalis); and among oceanic birds, the giant petrel (Macronectes giganteus), the black shearwater (Procellaria aequinoctialis) and the soft grazina (Pterodroma mollis).

According to information from the LEC, 94% of the animals found on the coast of Paraná were dead. Most of the live animals rescued by the LEC team were driven by the community. This collaboration is essential for the conservation of marine biodiversity.

When finding weakened or dead marine animals on the beaches of Pontal do Paraná and the entire coast of Paraná, it is possible to call the team from the PMP-BS/Ecology and Conservation Laboratory (LEC) of the Center for Sea Studies (CEM) at UFPR by calling 0800 642 33 41 or whatsapp (41) 9 92138746.