Glacier melting has slowed in the Arctic 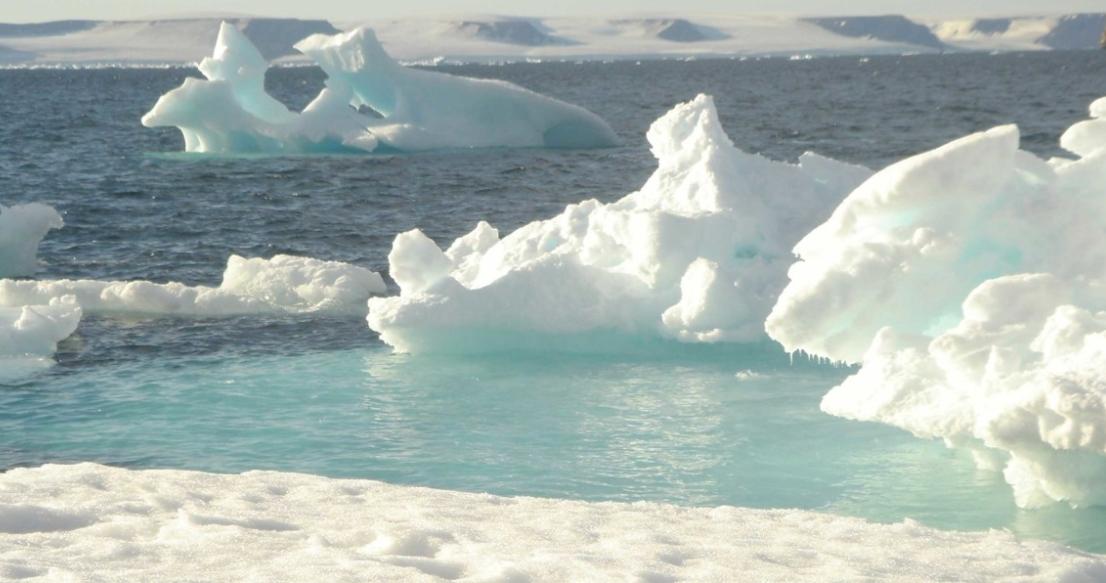 Climatologists have found that Arctic sea ice has shrunk to a mark of 4.81 million square kilometres over the summer of this year. This is significantly less than typical reductions in their size over the past decade.

“The slow melting of the ice is due to the long existence of a low atmospheric pressure zone in the Central Arctic. This has prevented warm air currents from entering the region in June and July. In turn, in August, a high-pressure zone emerged over the European part of the Arctic, causing temperatures in the neighbouring Beaufort Sea to drop two to three degrees below normal,” says Alfred Wegener Institute researcher Monika Ionita-Sztoltz.

Due to global warming, the size of the Arctic ice cap has been gradually shrinking over the past two or three decades. With a combination of certain weather and climatic factors, these processes are accelerating, resulting in new winter and summer records for ice area reduction.

Especially often in the last 10-15 years, such events have been recorded by NASA satellites and other leading space agencies of the world. For example, the area of Arctic glaciation sharply decreased in the summers of 2007, 2012, 2015, 2016 and 2017. On the other hand, these warming episodes are often accompanied by colder seasons, with the result that average Arctic sea ice extent sometimes increases rather than decreases.

Something similar, as Scholz and her colleagues point out, occurred this year as a result of a dramatic slowdown in ice melt during the Arctic summer, which was particularly characteristic of the polar ice cap around the coasts of Russia’s Taimyr, Novaya Zemlya, the Novosibirsk Islands, Greenland, and the Canadian Arctic Archipelago.

In many of these regions, summer started unexpectedly late and lasted 20-30 days less than usual due to a change in the pattern of movement of Arctic air masses in June-August this year. As a result, the area of ice in September this year shrank to 4.81 million square kilometres, a third more than in 2012, when the ice cap shrank to its minimum size.

That increase, researchers say, does not mean the Arctic ice cap has begun to recover. Its current extent is about half that of typical values for 1980 and 1990, with the increase in size falling within the typical fluctuations in summer ice cap extent typical of the past 40 years.

In addition, scientists have recorded significant reductions in the thickness and extent of multiyear sea ice, which is less vulnerable to the effects of high summer temperatures than its annual counterparts. Climatologists suggest that the unique features of this past Arctic summer will not be repeated during the next season, causing the area of the northern ice cap to continue to shrink rapidly.